“Every person is like all others, some others, and no others.”

Night air, pine trees, starlight and throw another log on the fire. Sitting around a fire-pit makes us all storytellers.

This weekend I finally heard the complete narrative of my dad’s1981 road trip through Canada’s Maritime provinces with Uncle Ulysses. Including the ill-advised (in retrospect) meal of fresh-cooked clams that led to their acute and enduring distress. Like all heroes, Euclid and Ulysses (actual names) valiantly carried on through their itinerary of roadside museums and historic landmarks. It all culminated on the final night of the trip where, after three days of fasting, they deemed it safe to order pizza as an accompaniment to the 6-pack of beer they’d picked up earlier. The smell of fresh pizza proved too much to bear, and as my father put it, “I said: ‘Please don’t hit the beer’; and we never did eat the pizza”. To this day, neither of them has ever tasted shellfish again.

I loved that story, and even more I loved the experience of hearing the story. The fireside version took around 15 minutes and was punctuated with the audience’s questions, observations, digressions, reflections and laughter. It was engaging, relateable, suspenseful, totally human.

This makes me think more about the axiom of “tell more stories” in presentations and workshops. For listeners, the most powerful storytelling experiences are not passive, but rather, involve actively participating as co-authors in the telling. Even in large groups or online or asynchronous learning environments this can take the form of an internal conversation and co-authoring, as each of us relates to our own lives and our personal stories.

So…my lesson learned is to try going beyond just telling stories, and to intentionally create avenues for the audience to participate in the telling. Most training venues and classrooms don’t permit campfires, but I’m inspired to find ways to leverage stories as powerful shared experiences. Every story represents the rich complexity of human experience, as each of us is “like all others, some others, and no others” (paraphrasing Murray and Kluckhohn, 1953).

Stories connect our content to others in powerful ways. Being a better presenter has to involve getting better at storytelling. 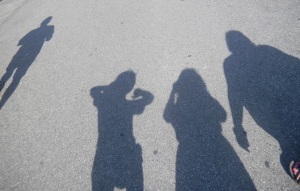 Just over a year ago I wrote an article for educators and presenters titled 5 Reasons why Reality TV is not a waste of time (describing 5 lessons learned from Reality TV shows).

Since then, I’ve noticed that “Reality TV Waste of Time” comes up again and again in peoples’ web browser search terms. This makes me wonder, why is Reality TV so strangely compelling to so many?

Let’s face it. “Reality” TV is a bit of a misnomer since there is little “real” about the story arc portrayed over the course of a season. Out of hundreds of hours of video, a post hoc narrative is assembled to reference traditional literary/cinematic tropes. What we see is merely an illusion of the unscripted and imperfect.

Nonetheless, these shows tap into some deeply human essentials:

First, we all seek social connectedness and community and are reflexively interested in one-anothers’ lives. If you live in a small town everybody knows your business, but populations are increasingly centred in urban environments within which it’s not uncommon to have limited (or no) interaction with our geographically proximate neighbours. Enter Reality TV:

Television occupies our most intimate spaces offering a simulacrum of community and connectedness (Allen & Hill, 2004).

So, from a mortifying wealth of choices, here are a few illustrative examples:

The Combat Myth: Hell’s Kitchen, America’s Got Talent, The Apprentice

A window into the lives of others: LA Ink, 19 Kids and Counting, Breaking Amish.

I am not saying that any time watching any TV is time well spent. There are lots of better things to do. But…all things in moderation, that’s the key.